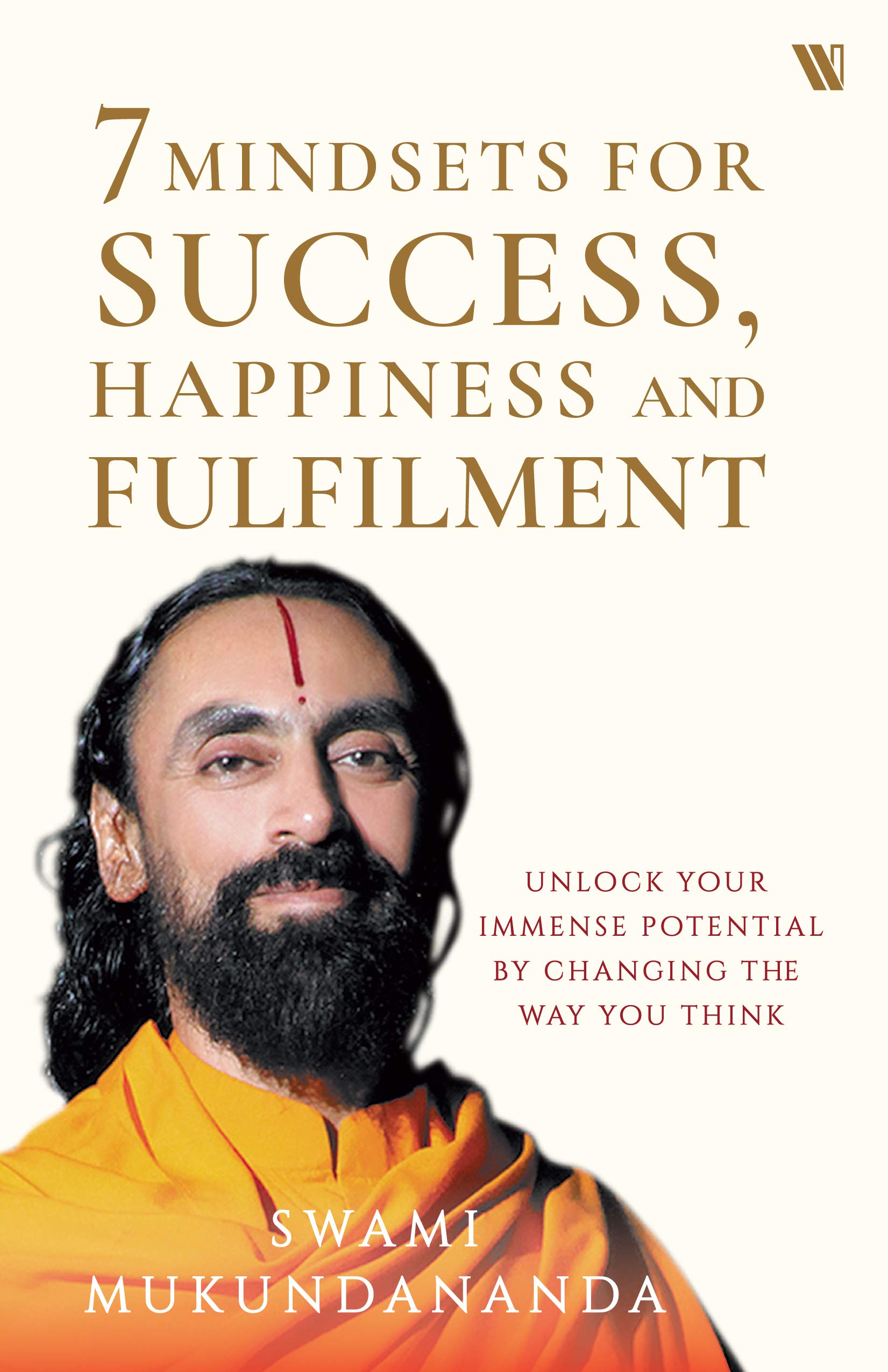 Thoughts and feelings that persist over time harden into an attitude. If you live with an attitude long enough, it becomes second nature—a mindset. The wrong mindset could lead you off the path of contentment, joy, enlightenment. The right one will point you to the road to success, to fulfilment and towards an extraordinary life.

Blending science with Vedic scriptures, and logic with spiritual insight, Swami Mukundananda unravels the secrets of the 7 mindsets—seven techniques of training the mind and intellect and unlocking the immense potential within. An alumnus of IIT and IIM, Swami-ji brings his decades-long mastery of Vedic scriptures to these powerful yet simple techniques for mind management and life transformation.

Mindsets are easy to build but tough to change, what advice would you give to seekers?

When we first harbor negative thoughts, they seem harmless to us. When we initially practice laziness, it does not look like a big deal. When we first act from lack of self-control, it seems like so much fun. Little do we realize that, next time, the same thoughts come more easily to our habit-forming brain. And before we know it, we fall into the rut of poor attitudes. The reason bad mindsets develop easily is because our material mind loves immediate gratification, and it induces the intellect to ignore the long-term harm involved.

Good mindsets, on the other hand, can be compared to a rocket being launched into space. The liftoff requires an enormous amount of thrust. But once the rocket breaks free of the gravitational pull of the earth, it easily keeps moving forward. Similarly, developing beneficial mindsets requires effort, practice and even a willingness to endure pain. But once established, they bestow the peace of a controlled mind and the joy of positivity.

Most people think they are right in their own way. But when conflict arise, should they learn to admit their mistakes or fight for what they believe is right?

In conflicts, we often make the mistake of valuing our opinions more than we value people. We defend our viewpoints to the hilt but break valuable relationships in the process. So, before confronting others, ask yourself the question, “Is it worth fighting about?” Very often, you will realize that winning the argument was not as important as you felt at first impulse. If you still feel the need to confront others, criticize their perspective, not the people themselves. Give them the benefit of the doubt, without making assumptions about why they think in a certain way.

The scriptures state: Munde munde matir bhinna, tunde tunde Sarasvati. Just as every rose is different, people too are of different opinions. And so, disagreements are only natural. If we overreact to them, they become worse. So do not use a sledgehammer when a slingshot would have worked.

What advice would you give young professionals to establish harmony at workplace?

Life is like an echo, and we get back what we give to it. If you value others and wish them success in their work, they will do the same for you. The secret to healthy relationships is to see them as “emotional bank accounts.” You make deposits into relational accounts when you make others feel important, do them a favor, overlook their faults, etc. You make withdrawals when you point out others’ mistakes, make them feel small, etc.

At the workplace, there will always be times when making a withdrawal is unavoidable. You may need to set a harsh deadline or point out the other’s mistakes. But strife can still be avoided if your net emotional bank account with that person is positive. Thus, the key to interpersonal harmony at the workplace is to generously make emotional deposits as often as you can and establish an environment where others are inclined to do the same.

What is destiny and how does one build one’s own destiny? Is there a key to success?

Simply put, destiny is the Law of Cause and Effect. We live in an orderly universe governed by divine laws. One such principle is the Law of Karma. The Ramayan states: karama pradhāna visva kari rākhā, jo jasa karai so tasa phalu chākhā. In other words, you reap in life today what you had sown in the past. If you wish to reap a better harvest hereafter, you must plant better seeds today. Thus, the onus of making your future is in your own hands.

Compare this to a game of cards. We get a hand to play with—it cannot be changed. But how we play is not fixed. Great players win with poor cards, while bad players lose with nice hands. Similarly, by our past karmas we received a set of conditions in life. This is our destiny, and we must bear it. But if we now improve our thoughts and actions, we will build a better future for ourselves. The key to success then is not to seek to know your destiny, but to focus your utmost efforts on improving it for the future.